Quality Improvement Team of the year

Chairman Board of Management & Deptt of Nephrology

Sir Ganga Ram Hospital is a 675-bedded Tertiary Care, State-of-the-art Hospital in India. The hospital was founded initially in 1921 at Lahore by Sir Ganga Ram (1851-1927), a civil engineer and leading philanthropist of his times. The foundation stone was laid in April 1951 by Late. Prime Minister of India Shri Jawahar Lal Nehru. It provides comprehensive Healthcare services, and has acquired the status of a premier Medical Institution.

It continues to maintain its charitable character in accordance to the wishes of its founder. Funds generated from the hospital services are partially utilised for providing free health care to the poor and needy patients.

The Quality team adapts a holistic approach to long-term success that views continual improvement in all aspects of an organization as a process and not as a short-term goal. It aims to radically transform the organization through progressive changes in the attitude, practice, structure, and system keeping patient first and patient safety as its ultimate objective.

"IT's not about perfect. It's about effort and when you implement that effort into your life….Every single day, that's where transformations happen. That's how change occurs. Keep going remember why you started ….. 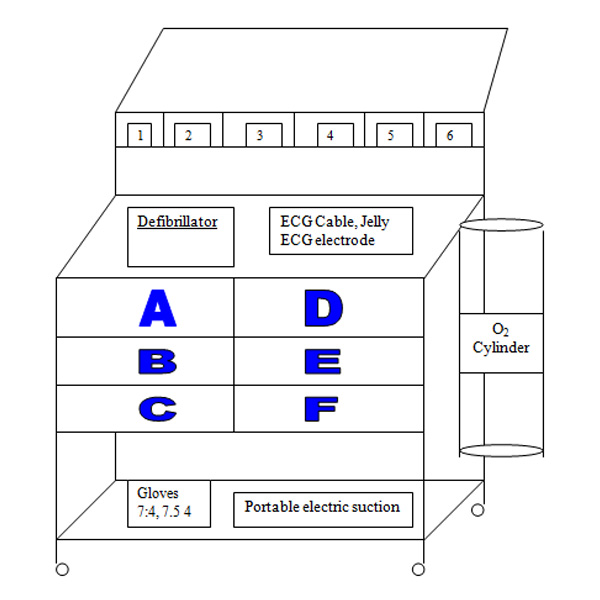 Standardized List of Crash Cart – Uniform in all locations 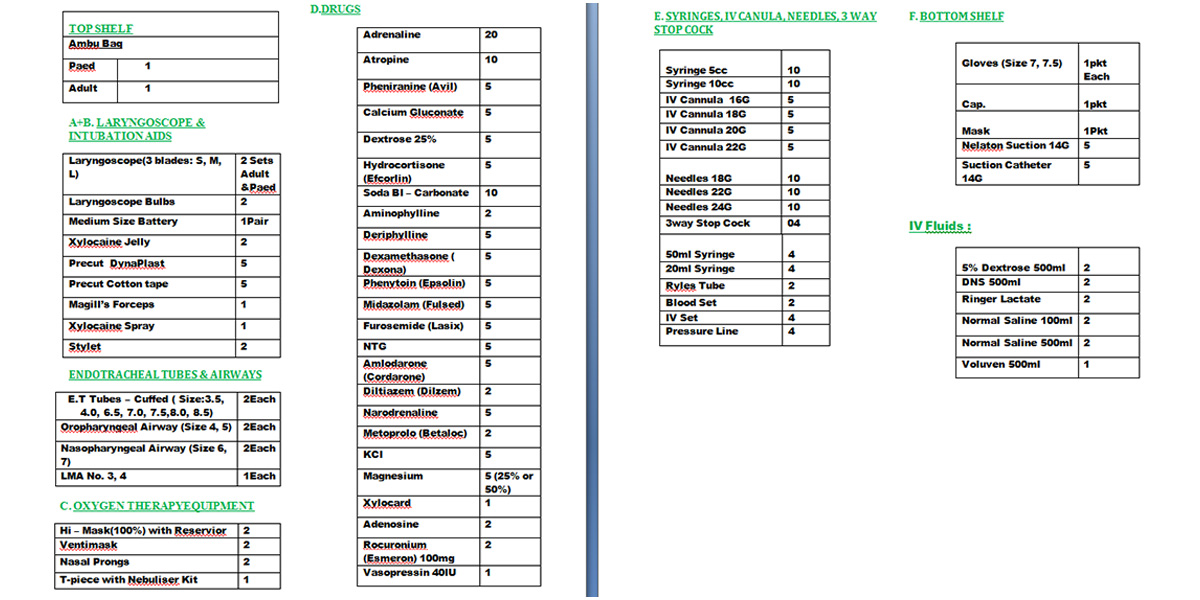 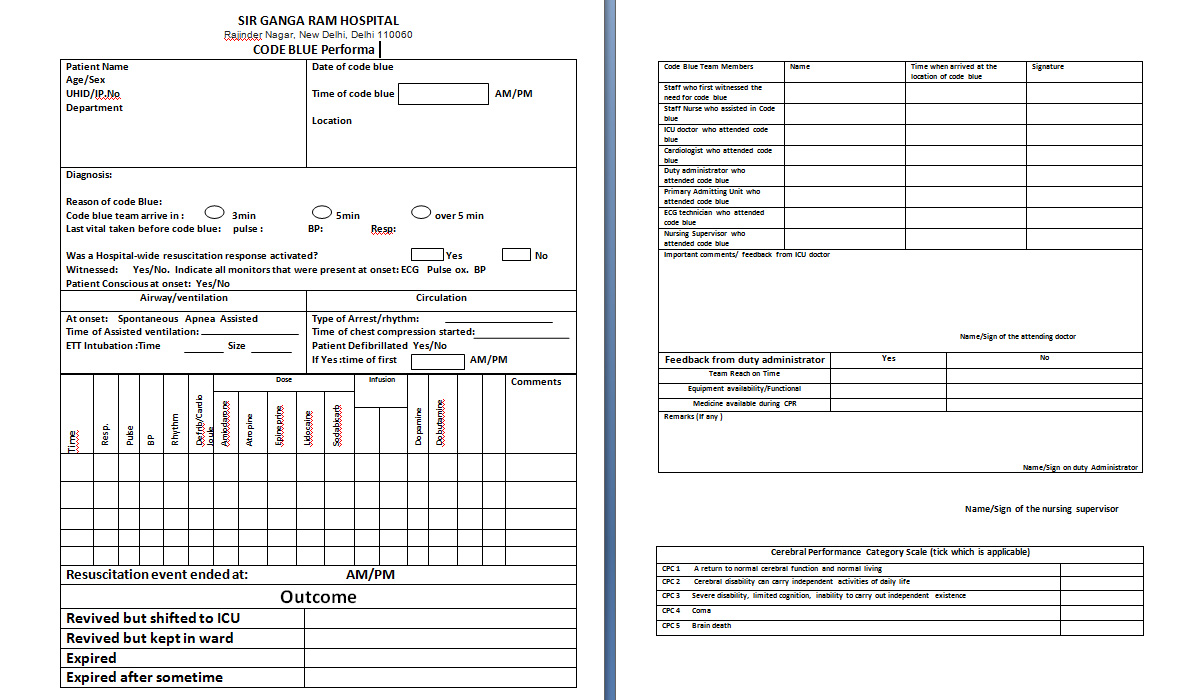 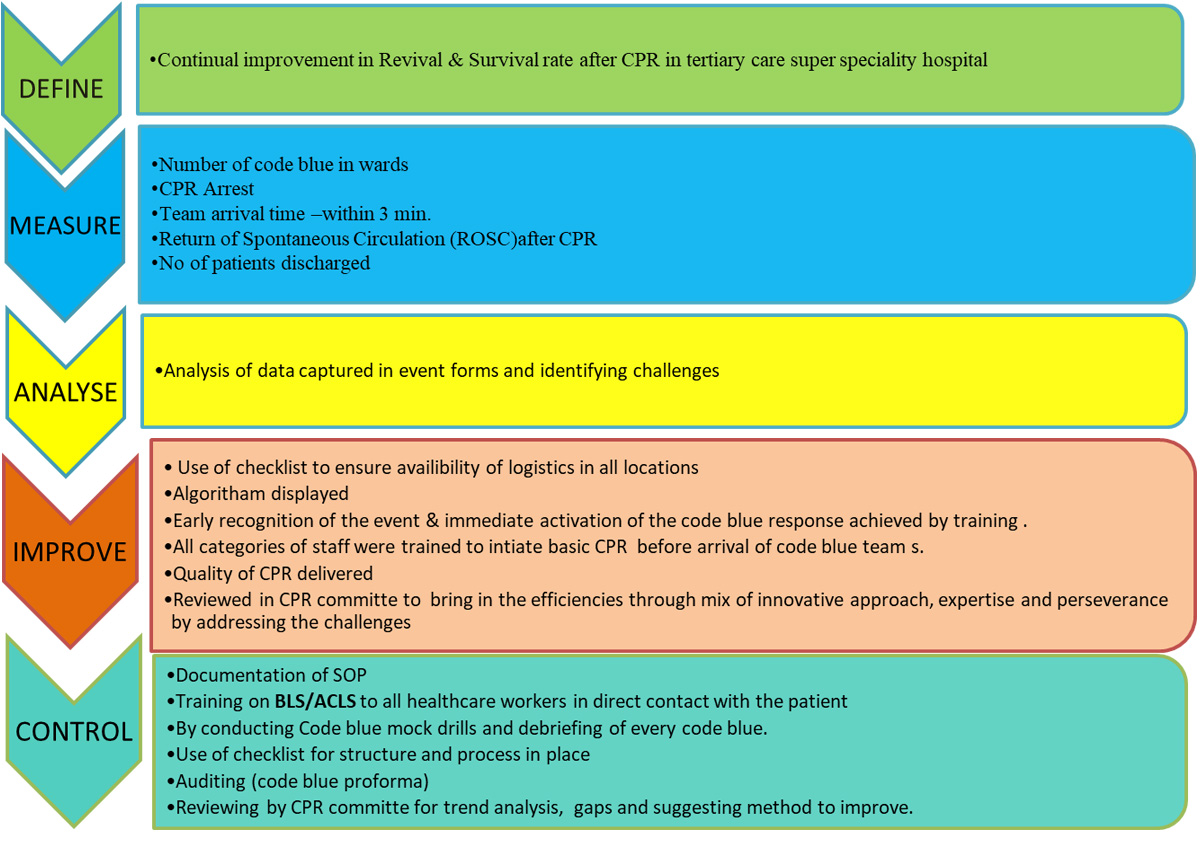 Code Blue: A declaration of or a state of medical emergency and call for medical personnel and equipment to attempt to resuscitate a patient especially when in cardiac arrest or respiratory distress or failure.

Cardiac arrest: Defined as the cessation of cardiac mechanical activity as confirmed by lapse in circulation, which was determined by the absence of a palpable central pulse.

Continual Quality Improvement: CQI is serial experimentation (the scientific method) applied to everyday work to meet the needs of those we serve and improve the services we offer.

In-hospital cardiac arrest is an emergency situation that requires teamwork and appropriate sequential actions to rescue the patients.[1] Despite considerable efforts to improve the treatment of cardiac arrest, most reported survival outcome figures are poor.[2] Even in the hospitalised patients, the rate of successful CPR has been reported by some studies to be as low as 2–6%, although most studies report successful CPR outcome in the range of 13–59%.[3,4]

Very few studies are available in the literature on comparative CPR outcomes after formal resuscitation training. An in-hospital investigation demonstrated that cardiac arrest detected by an ACLS-trained nurse was strongly associated with a four-fold increase in survival to discharge. (38% vs. 10%) than those detected by a nurse without ACLS training.[5] This indicates that ACLS-trained nurses provided an independent contribution to increased survival rate.

Study by Saket Girotra, for the American Heart Association Get with the Guidelines–Resuscitation Investigators in “Trends in Survival after In-Hospital Cardiac Arrest “shows that the overall rate of survival to discharge improved significantly from 13.7% in 2000 to 22.3% in 2009. [6]

Successful resuscitation after cardiac arrest requires early recognition of cardiac arrest, rapid activation of trained responders, timely initiation of BLS, early defibrillation and early ACLS.[7].Our study reveals that availability of logistics at all locations with  formal training of the CPR team will drastically improve the survival rates and survival to hospital discharge rates following resuscitation of cardiac arrest victims. The Quality Initiative under taken reinforces that  formal certified BLS and ACLS training/retraining with hands-on practice with periodic renewal are crucial in improving the outcomes of  ROSC and Survival rate